Is water sampling needed in my treatment plan?

Water sampling is extremely important and is a necessity to ensure the water being used in your facility is safe.

Sampling is not only required for the drinking water supply, but is needed in closed systems and other equipment on site to protect the equipment. Frequent water sampling also notifies you of any changes over time and can provide an early alert of a much bigger issue in your supply because the quality of a water source may change over time but can go unnoticed as the water may look, smell, and taste the same. 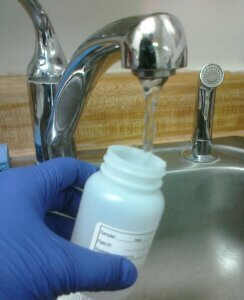 Regular sampling is important to:

Routine sampling helps to safeguard the health and well-being of building occupants, tenants, and visitors to any facility.

Water samples are tested to make sure the drinking water is free from illness-causing bacteria. These tests look at the number of bacteria which are present, and liable to grow. This is the Total Viable Count, or TVC. The water is tested at both 22°C and 37 °C. The lower temperature shows the levels of bacteria which can grow at average room temperature. The higher temperature is equivalent to human body heat and will detect bacteria such as coliforms which can grow at body temperature. If E. coli is found in a drinking water sample, or other similar bacteria, this indicates faecal contamination in the water, and that it’s not safe for drinking.

Many companies carry out one set of water tests at a temperature of 30°C to detect both pathogenic and environmental bacteria. This general measure of water quality will also provide a TVC number. A low result means a low level of bacteria in the water. Higher results in the region of 10,000 colony forming units (CFUs) per millilitre of water is a sign that there may be an issue with biofilm contamination.

The Health and Safety Executive in the ACOP L8 and HSG274 documents set out clear protocols for the testing and detection of Legionella in water systems. Under certain circumstances, for example if a business has cooling towers or spa pools, there’s a legal requirement to take water samples from these to test for the presence of Legionella bacteria.

What Bacteria can be present?

They usually enter the water supply when the source water becomes contaminated. Some of the bacteria which can be found include:

One of the most dangerous bacteria that can form ion your water supply. Legionella bacteria can grow at an unprecedented rate in the correct conditions and can cause a serious, potentially fatal illness known as Legionnaires’ disease. Contaminated building water systems are responsible for most Legionnaires’ outbreaks.

This is a coliform bacteria, however it does not live for very long in water BUT it can be an indication of recent contamination. The E. coli species found in water are generally harmless bacteria but are used as an indication of the possibility of other similar bacteria being present which may cause problems.

These are a group of environmental bacteria that have originated from the intestines of animals. They tend to grow in the environment and are known as indicator organisms, i.e. they are used as a guideline of possible contamination. In the majority of cases where coliforms are picked up in water samples taken from a tap, the cause is that the tap needs cleaning. 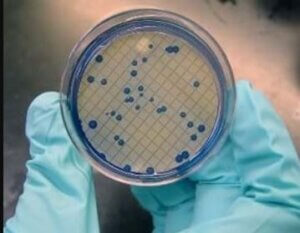 The main consideration when collecting drinking water samples is to ensure that there’s no way of contamination getting into the sample bottle, and people in charge of collecting the water will require clear guidance or even proper training where circumstances dictate.

Make sure your water supply is safe

Water, whether for a public municipality, water facility or business/home, must be tested regularly to make sure it is safe and free of potential health/environmental risks.

At Aquachem we have a team of specialists with over 40 years’ technical experience in the water treatment industry, including a Microbiologist, who can help you assess what type of testing you require and carry out the water sampling. After these are sent to the lab and the results are back we can advise of a tailored treatment plan and action same.