Sanosil is a world leading disinfectant that can be used in a variety of applications in most industries without causing harm to the environment and people and we are proud to be sole distributers of Sanosil in Ireland.

Sanosil has more than 35 years’ on the international market and in water treatment, is the only chemical which eliminates and destroys biofilms & VBNC bacteria.

Sanosil products are proven to be superior to other chemicals on the market due to their unique quality and versatile products, it’s effectiveness and long-term effect are guaranteed, even at high water temperatures.

The secret of the Sanosil disinfectants is the combined 2-phase effect of the 2 main ingredients hydrogen peroxide (H2O2) and silver (Ag+).

The oxygen (split off by the hydrogen peroxide) attacks the cell walls of the microorganisms upon direct contact. The chemical reaction of the oxygen with molecules in the cell walls denaturises and destroys these. 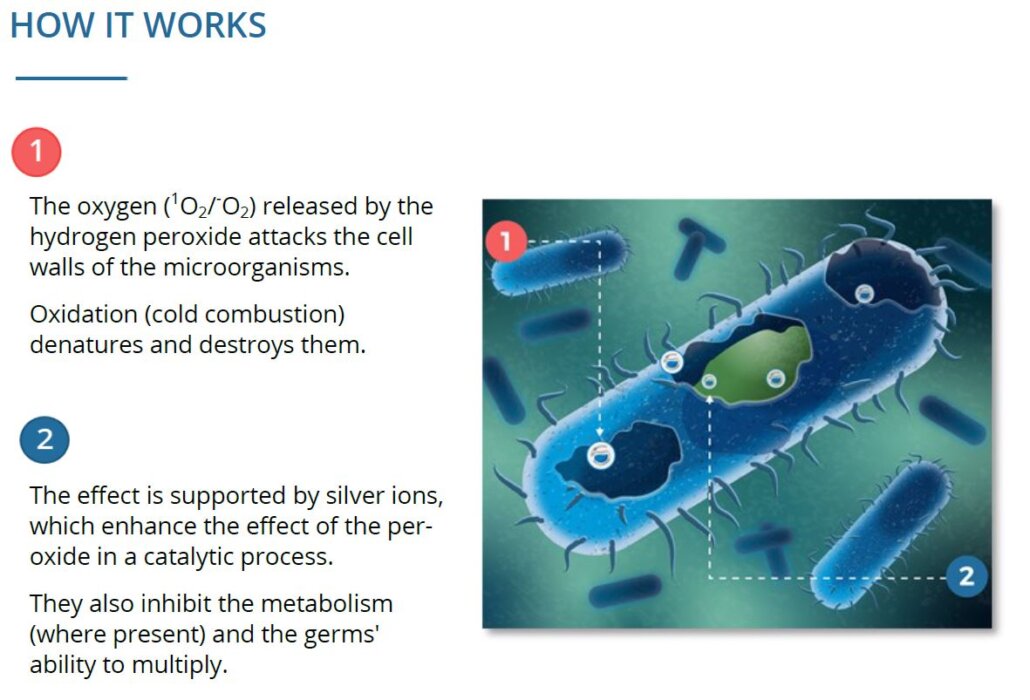 When it comes to your water treatment programme, you want to be sure that the water is safe and to the highest quality, that’s why we use Sanosil.

Sanosil disinfectants can be applied in many industries and produce a wide range of products which can be used directly in water systems, surface disinfecting, aerosoldisinfection and many others.

Why cooling tower biocide water treatment? – Why it is better than chlorine

Cooling tower biocide water treatment is necessary because cooling water in a cooling tower or circuit is often at a temperature which allows microorganisms such as bacteria, fungi and algae to thrive.  They form slimy coatings, called biofilms & legionella bacteria, which have a number of unpleasant properties but Sanosil has proven to be the ultimate choice for fighting them.

Traditionally chlorine or Chlorine dioxide is used for this application, and the one main advantage is that its cheap, and while it is not ineffective or a poor choice of treatment it does have some serious disadvantages.

To begin with, the chlorine in bleach breaks down relatively quickly, meaning It’s shelf-life is not ideal. As a gas, chlorine is very dangerous to handle, and lethal chlorine gas could escape if something goes wrong.

However, the biggest disadvantage of all is that chlorine forms trihalomethanes (or AOX) in the cooling water when used as a biocide chemical for cooling tower. They are believed to be carcinogenic and to cause nerve damage. Because of this, many countries impose trihalomethane emission thresholds on cooling towers. Chlorine also has a distinctive smell and can be toxic if not used correctly.

Whereas Sanosil has the unique advantages of a hydrogen peroxide / silver combo as a cooling water biocide.

Although this approach seems more expensive at first glance, this seeming disadvantage is easily offset by the greater effectiveness and longer-lasting effect of Sanosil.

Unlike chlorine and chlorine dioxide, hydrogen peroxide and silver do not merely oxidise. Silver, even though only traces of it are present, has an incredibly strong catalytic effect on peroxide while also possessing excellent potential to inhibit new microbial growth.

Sanosil C shows its true strength as a cooling tower biocide when combating biofilms in cooling circuits; an area in which it is outstandingly effective.

Whereas chlorine has a hard time in the face of old, thick biofilms, Sanosil breaks up biofilm structures much more easily. Because Sanosil C biocide is able to penetrate biofilm before it degrades, bubbles of air form within the slime. The increase in volume literally blows the slime structures right off the surfaces.

As a biocide in cooling water, another positive aspect of Sanosil C is that it does not generate trihalomethanes during disinfection. This means the biocide cooling tower dosage can be adjusted without restrictions or concern for the environment. This is especially advantageous during ‘shock dosing’ to combat biofilms.

The Sanosil application fields are not just limited to water systems, cooling towers, pharmaceutical and industrial uses, they can be used effectively against odour control, mould control and in the agricultural sector without causing harm to their environments.

When you compare Sanosil to Chlorine, and other methods of disinfection in drinking water and cooling water, Sanosil products produce a better result thus resulting in the best disinfectant to use, the results really speak for themselves.

Their exceptional quality products, broad expertise, competence and client support have made Sanosil the world leader in Disinfectants.

We are proud to be able to offer our customers this use of this superior product – contact us today to find out more. 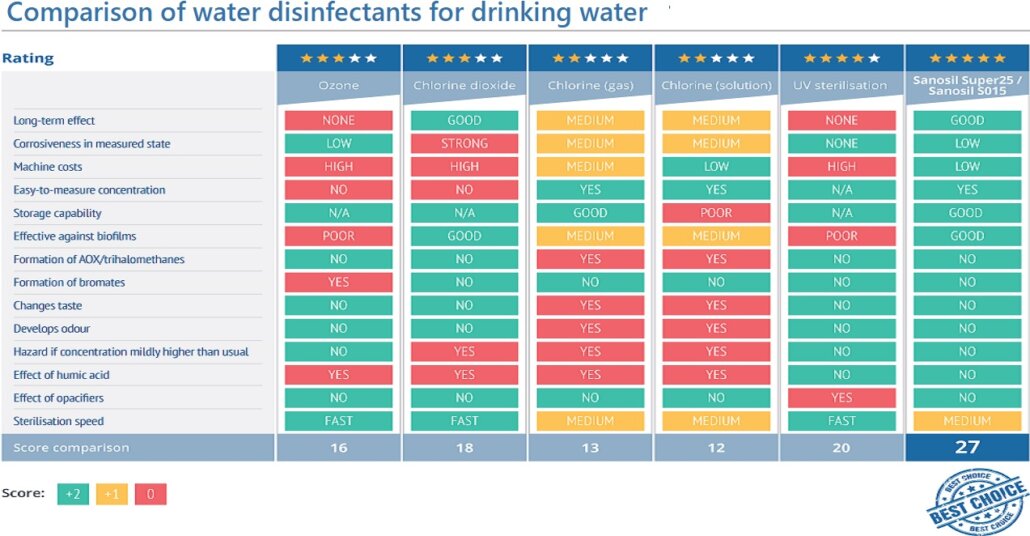 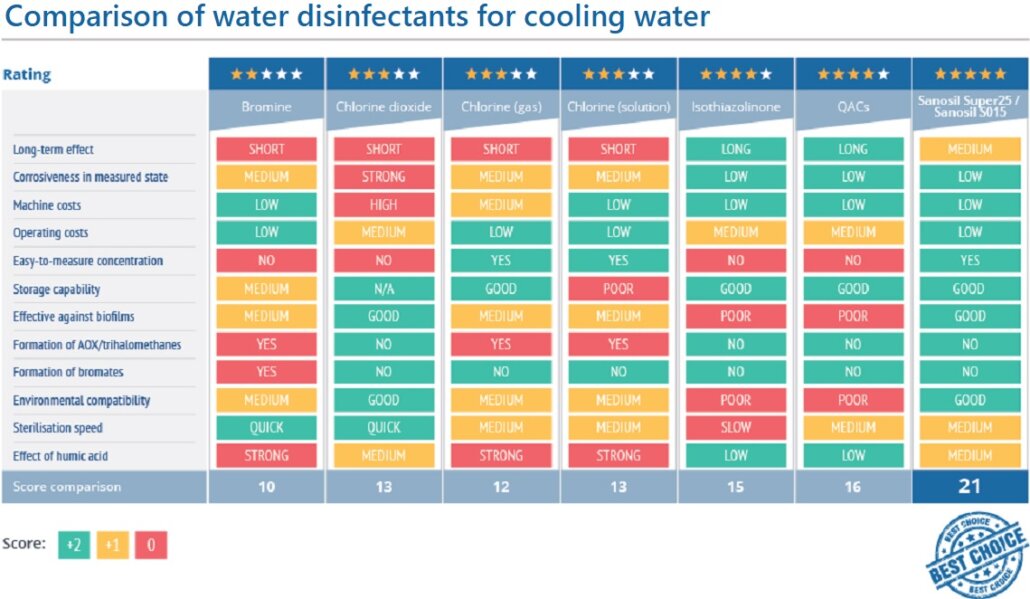