Hydrogen peroxide for cleaning mould is a fantastic way to treat mould. Mould is a widespread problem. And because it is visible, it is desirable to remove mould and mildew as effectively and quickly as possible using the best anti mould agent. Which begs the question: what is the best anti mould cleaner? The answer may vary depending on the chosen approach – ultimately, the best remedy against mould is always the one that best satisfies your own requirements. 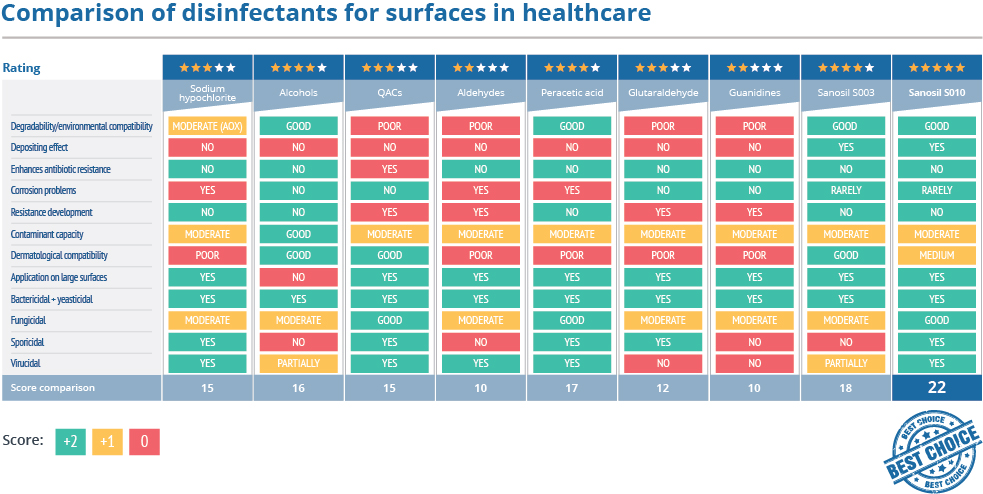 Hydrogen peroxide for cleaning mould satisfies many criteria. An analysis of customers’ priorities and wishes with regard to a highly effective anti mold remover produces quite diverse viewpoints:

In a nutshell: as strong as possible, as long-lasting as possible and as non-toxic as possible. Unfortunately, however, these requirements are fundamentally mutually exclusive. The more effective and powerful a product against mold is, the more potent its ingredients need to be, which typically means that their degree of “non-toxicity” decreases. For this reason, all mould level control products are usually a compromise between effectiveness, ease of application and toxicity.

The simplest way to obtain an effective yet permanently non-toxic formula against mould is to rely on a substance that decomposes rapidly after it has been effective. Hydrogen peroxide meets this requirement. This disinfecting effect is based on the separation of hydroxyl radicals, which destroy the mould. At the same time, however, the hydrogen peroxide breaks down into water and oxygen after disinfection.

Why are silver and hydrogen peroxide so effective against mould?

No bleaching effect? And that’s supposed to be advantageous? Yes! This is because bleaching removes the possibility of completely removing the layer of dead mould by mechanical means. In other words, bleaching makes it possible to accidentally leave behind mould material on the wall, which then becomes a breeding ground for new generations of mould.

Alternatives to silver and hydrogen peroxide for cleaning mould

Of course, there are some alternatives to using silver and hydrogen peroxide to remove mould.

What is the best anti mould paint?

There is also disagreement regarding after-treatment with anti mould paint. The facts of the matter are fairly simple; mould is caused by excessive moisture on the wall. Therefore, in most cases (apart from mould occurring after water damage) a reduction of condensation will also prevent or at least hinder mould growth.

In other words, any anti mould paint is suitable as long as it:

By contrast, “mould-inhibiting” adjusted dispersions are less than optimal. Despite being effective against mould, their efficacy comes at the expense of the toxins they contain, which are detrimental to human health. These products therefore certainly cannot be considered as the best anti mould paint.