Legionella water treatment is an important issue because legionellae are bacteria which can cause severe pneumonia known as Legionnaires’ disease. They inhabit water lines, air conditioners, air washers, fountains and cooling towers. Usually, legionellae are harmless. They only become hazardous when optimal temperatures allow their populations to flourish AND they are in aerosolising water systems where they might be inhaled.

Detecting of Legionella in drink and tap water

For the approximate determination of the Sanosil content in water 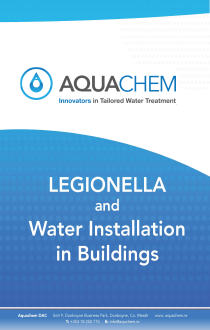 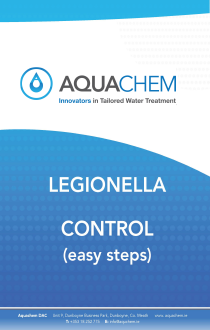 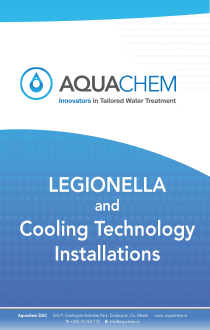 Cooling tower biocide water treatment is necessary because cooling water in a cooling tower or circuit is often at a temperature which allows microorganisms such as bacteria, fungi and algae to thrive. They form slimy coatings, called biofilms, which have a number of unpleasant properties. For instance, biofilms can substantially reduce the effectiveness of heat exchangers by acting as an insulating layer.

Moreover, without biocides for cooling towers, bacteria in cooling water tend to cause corrosion because certain bacteria produce acids which attack sensitive materials (consider dental plaque, for example.) And lastly, specific microorganisms such as legionella in the water of a cooling circuit or an evaporative cooling tower can form harmful aerosols which, if inhaled, may cause serious infections. This is why cooling tower biocide water treatment and control of bacterial growth with a suitable cooling water biocide are essential.

Why chlorine is NOT an ideal biocide for cooling tower water

Chlorine or bleach is one of the most frequently-used biocides for cooling towers. It has one considerable advantage: it’s cheap. Chlorine is a byproduct of the chemical industry and is sold for peanuts. In truth, it is neither an ineffective nor intrinsically poor cooling tower biocide – being an oxidising product, it has high sanitising potential (with a few exceptions).

However, chlorine used in biocide treatment for cooling towers also has some serious disadvantages. To begin with, the chlorine in bleach breaks down relatively quickly. Its shelf-life is therefore far from ideal. As a gas, chlorine becomes very dangerous to handle. Lethal chlorine gas could escape if something goes wrong. But the biggest disadvantage of all is that chlorine forms trihalomethanes (or AOX) in the cooling water when used as a biocide chemical for cooling tower. They are believed to be carcinogenic and to cause nerve damage. Because of this, many countries impose trihalomethane emission thresholds on cooling towers.

The applications for chlorine dioxide are based on its oxidising effect. It is often used instead of chlorine because it forms fewer toxic and harmful chlorinated organic compounds when reacting with organic substances.
However, its aggressive action on materials is a serious disadvantage of chlorine dioxide. It even attacks plastic pipes, seals, stainless steel and glass.

Less prevalent in cooling tower biocide water treatment is a combination of hydrogen peroxide and silver, such as Sanosil C, for use as a biocide used in cooling water. Although this approach seems more expensive than chlorine at first glance, this seeming disadvantage is easily offset by the greater effectiveness and longer-lasting effect of Sanosil C.
Unlike chlorine and chlorine dioxide, hydrogen peroxide and silver do not merely oxidise. Silver, even though only traces of it are present, has an incredibly strong catalytic effect on peroxide while also possessing excellent potential to inhibit new microbial growth.

Sanosil C shows its true strength as a cooling tower biocide when combating biofilms in cooling circuits; an area in which it is outstandingly effective. Whereas chlorine has a hard time in the face of old, thick biofilms, Sansosil breaks up biofilm structures much more easily. Because Sanosil C biocide is able to penetrate biofilm before it degrades, bubbles of air form within the slime. The increase in volume literally blows the slime structures right off the surfaces.

As a biocide in cooling water, another positive aspect of Sanosil C is that it does not generate trihalomethanes during disinfection. This means the biocide cooling tower dosage can be adjusted without restrictions or concern for the environment. This is especially advantageous during ‘shock dosing’ to combat biofilms.