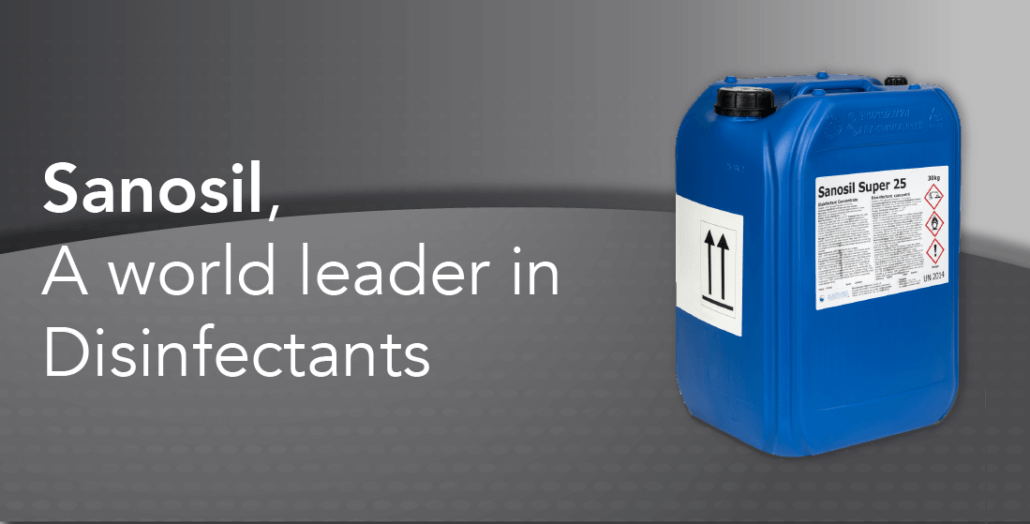 Sanosil, A world leader in Disinfectants

Sanosil is an innovative, super-efficient disinfectant with more than 35 years’ experience on the international market.

Sanosil have a wide range of products which are proven to be superior to other disinfectants on the market due to their unique quality and versatile components.

Sanosil AG is a Swiss industrial company who wanted to develop a chemical which was not only superior to others but was an ecological product that would not harm humans, animals and the environment in any way.

The Sanosil® Research Team decided at an early stage that in order to avoid the known disadvantages of the traditional chemical formulae, the product to be developed would have to be positioned in a new group of oxygen decomposing substances. At that time not one single brand was registered in this group, whereas more than 40 product brands were named in the other disinfection groups.

After many years of intensive research, the team succeeded in developing – for the first time ever – a production method that blended the two basic components Hydrogen Peroxide (H2O2) and Silver (Ag+). This was already a significant scientific achievement, but the most remarkable discovery was that combining the two elements resulted in an impressive enhancement of the properties of each of the two individual substances.

The secret of the Sanosil disinfectants is the combined 2-phase effect of the main ingredients hydrogen peroxide (H2O2) and silver (Ag+). 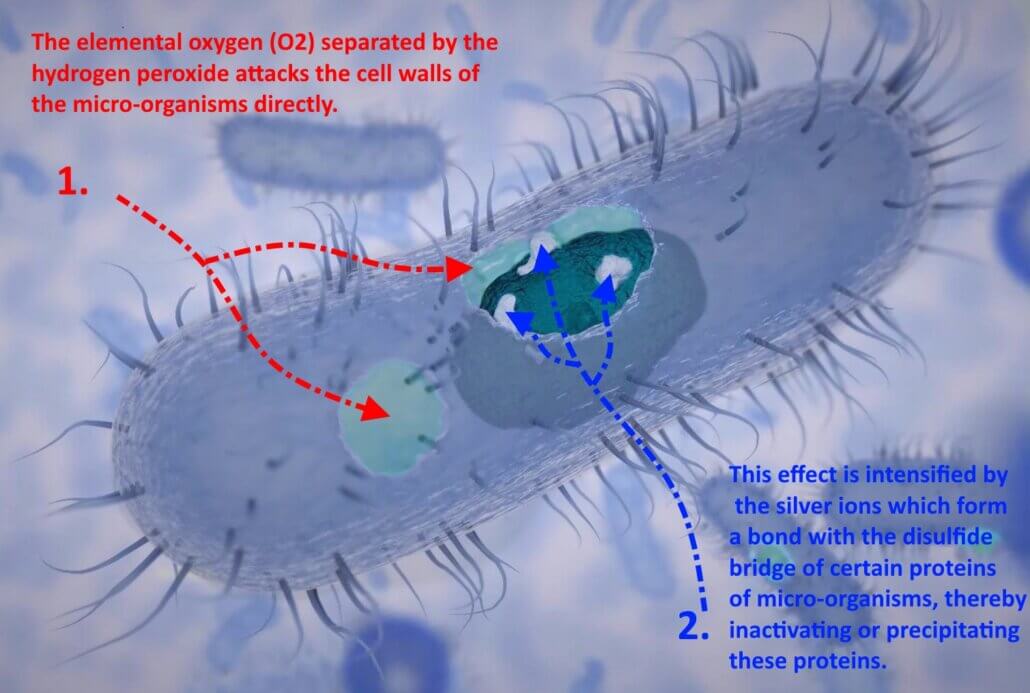 During the process, Sanosil decomposes into water and oxygen gas, which creates a highly toxic environment for bacteria, and afterwards, minute traces of silver remain on the disinfected surface. These traces are invisible but actively and effectively counteract re – germination.

Why is it so superior?

When considering the usability of a disinfectant, Sanosil is the only product available today that delivers the effectiveness you demand with the business attributes that can be realised almost immediately.

It can be safely used in various industries such as the water industry, public health, facility management, pharmaceutical sector and food & beverage industry without causing harm.

We have seen first-hand the effectiveness of Sanosil in a variety of scenarios which is why we always recommend this product. Sanosil is such a versatile product and in water treatment is the only chemical which will eliminate and destroy Biofilms & VBNC (Viable but not culturable) bacteria.

For more information check out our Sanosil pages or get in touch with us to talk to our expert team.

What exactly are Biofilms?
Scroll to top